The DAL 382 permits optimal configuration of the ventilation system to meet the requirements of a room. The DAL 382’s technology provides high speed discharge of air with low acoustic power. 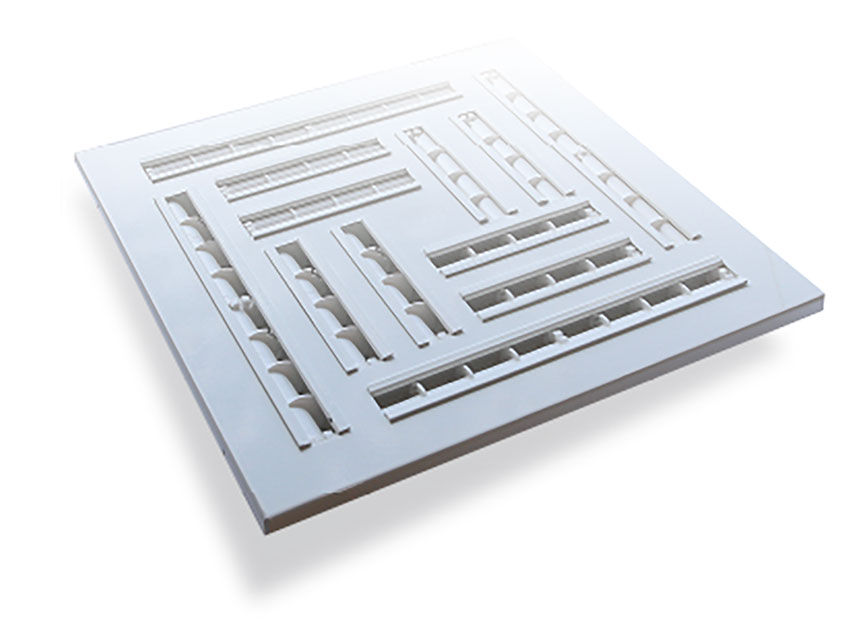 A variety of airstream configurations are possible, even after the unit has been installed due to the eccentric rollers. The DAL 382 swirl diffuser is made of steel. The eccentric rollers are integrated to the front square plate. Each diffuser is supplied with a stabilising chamber, allowing for a uniform and silent airflow.

The helical airstream, the stability and the high induction generated from the very start of the outlet vent make the DAL 382 the diffuser of choice for high air flow rates and variable air volumes.

The most suitable diffuser for high flow and variable air volume.

• Possibility of adjusting airflows, even after installation.

• Possibility of reducing total airflow rate as much as 30% in VAV.

• Allows a reduction in the total number of units required to circulate a fixed volume of air.